The lake of Bracciano

With The lake of Bracciano the company invents a new theatrical form: the three-day show told to an entire city. Each time, specific scenarios are imagined for the places of creation. This form reached its apogee with the shows of the saga of the Giants.

The knight standing on the roof of his car wanders the lake day and night looking for his prisoner. 48 hours later, he takes the cage out of the water and hangs it in the square before the fight. In the cafés on the squares, everyone talks about "del monstre del lago" and the "machina" of the knight. However, the show has no timetable; the news has spread by itself: every picture goes round the town. At six o'clock in the morning, the musicians of the Waterclash (the matter crushers), walk a herd of refrigerators on the lake. The "fridges" float. The fishermen watch the strange and long convoy in silence. A few hours later, people come to watch, comment and wonder: the story begins. 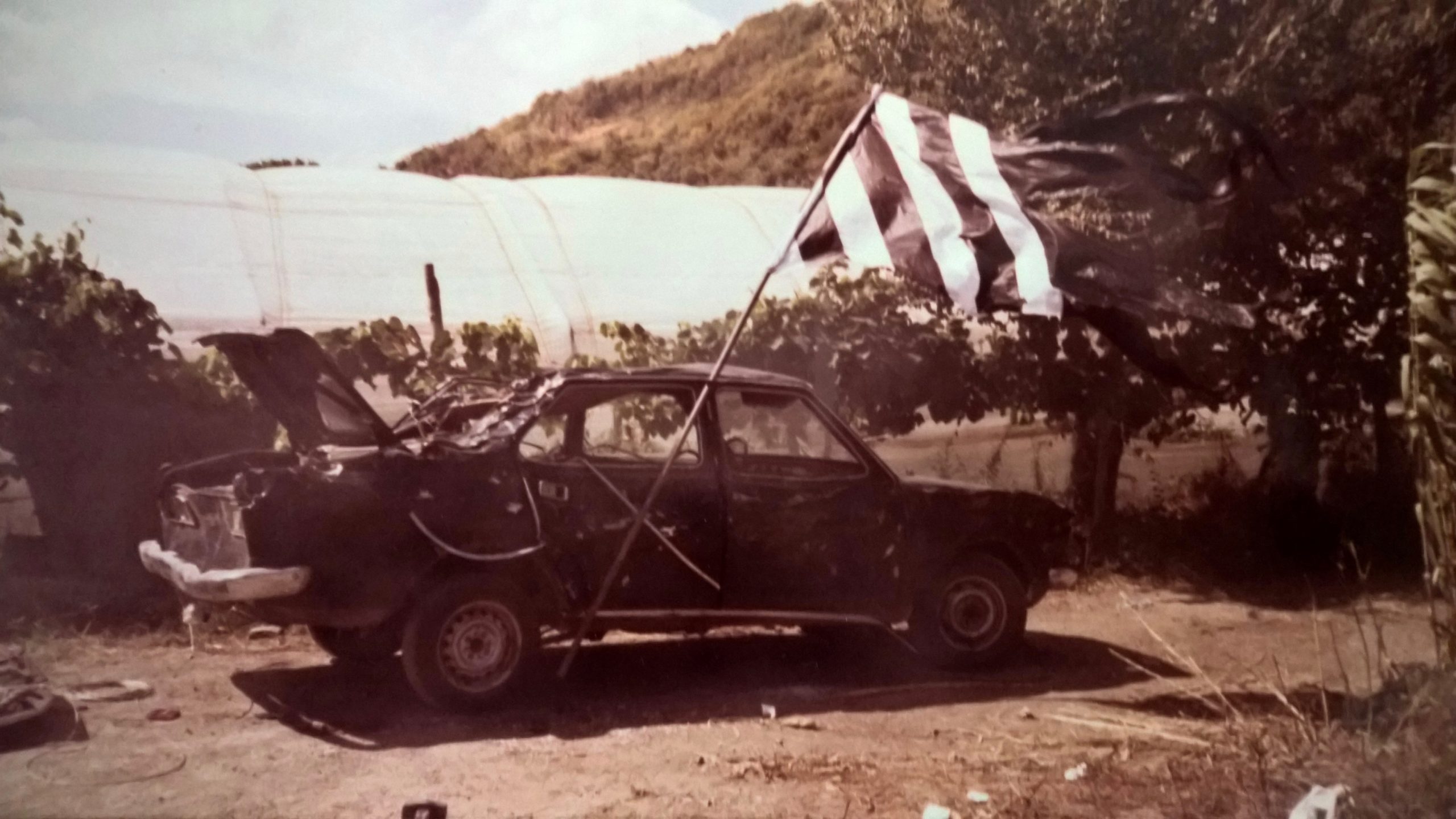 Later on, the knight arrives, standing on a bonnet pulled by a car. He marks his territory; he drives the thirty kilometres around the lake, passing through the villages. In the afternoon the car is in the lake; it floats and the knight walks a strange probe on the surface of the water. At night he drops the anchor and locks himself in the car. Slowly the tension builds up, the images follow one another until the fight. The story is told. The Semi-Final of Waterclash is a physical show. Its approach can only be one of excess. The knights must necessarily become characters halfway between actor and myth. At the Santarchangelo festival (Romagna) the knight spends three days and three nights locked up in his cage eight metres above the ground, in a public square. The physical reality gives rise to the indispensable legend. At nightfall, people make the diversions before going to bed; one sees families, children, all sorts of people; five or ten minutes of silence under the cage, the head bent towards the sky. The story goes on. Other actions, other signs appear; each of them weaves the fabric of the struggle. 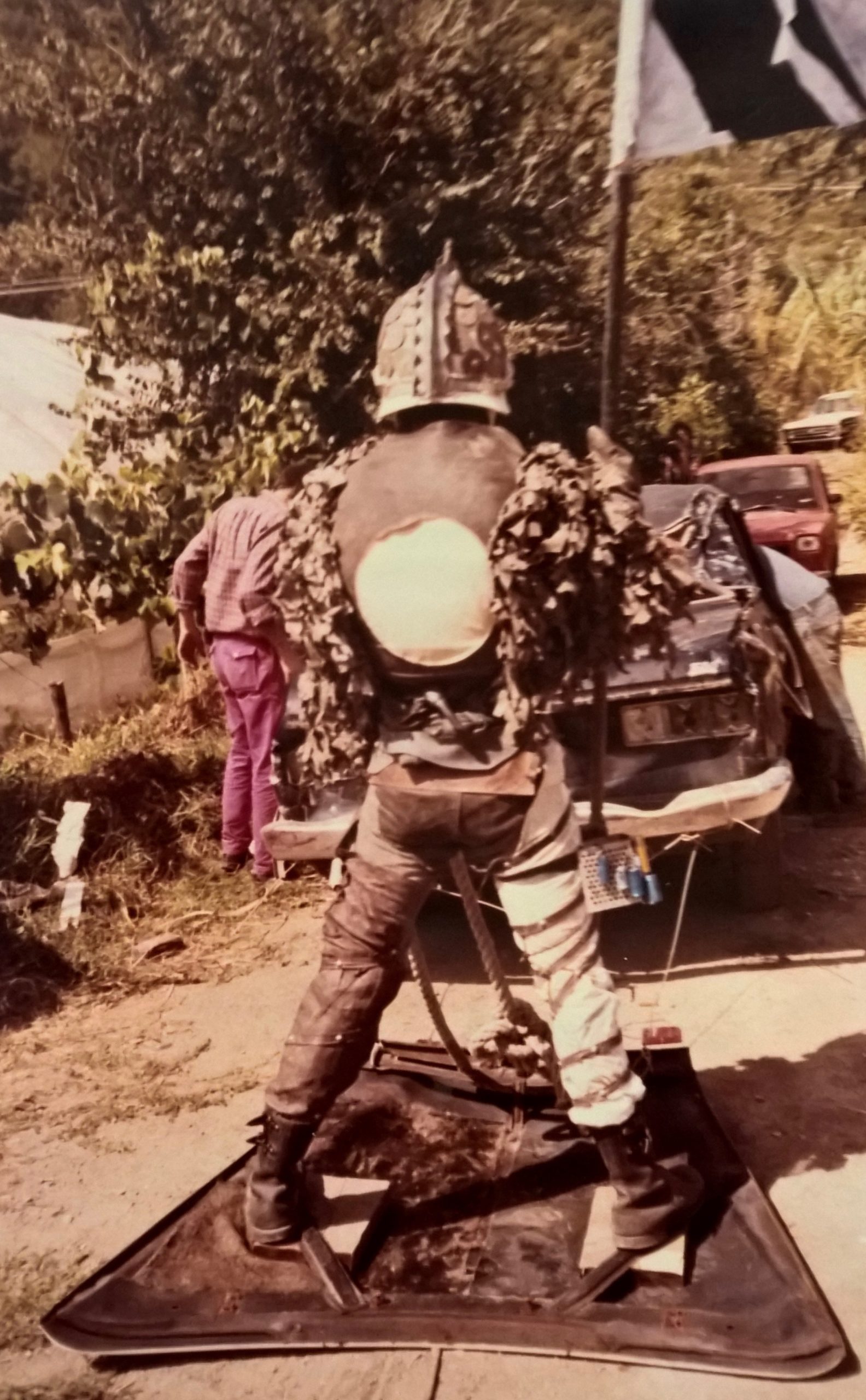 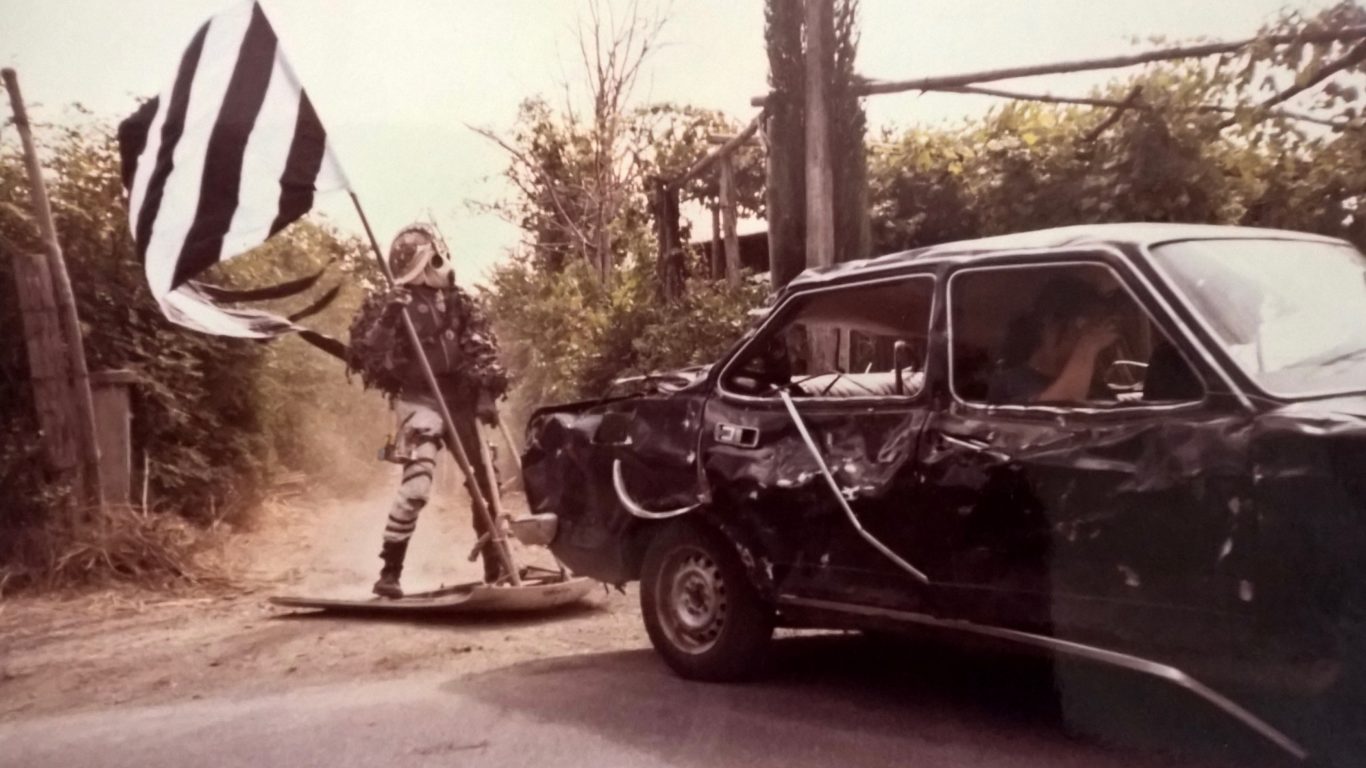 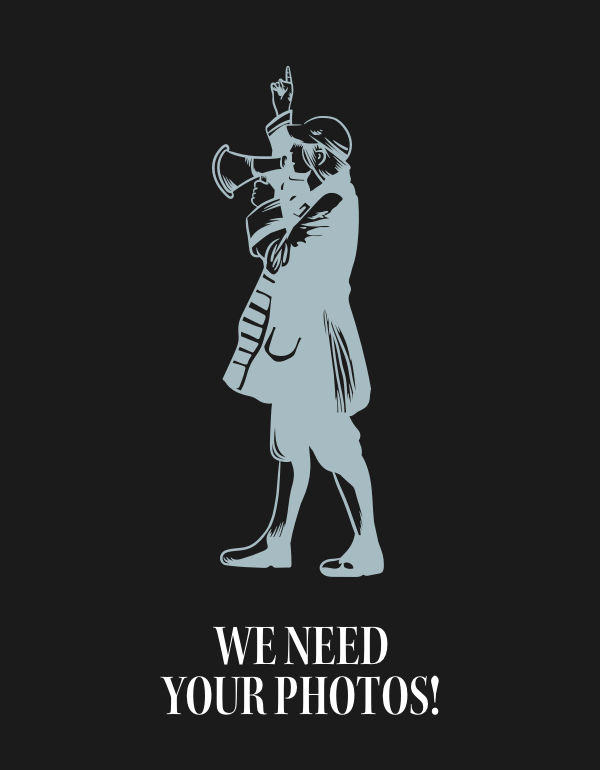 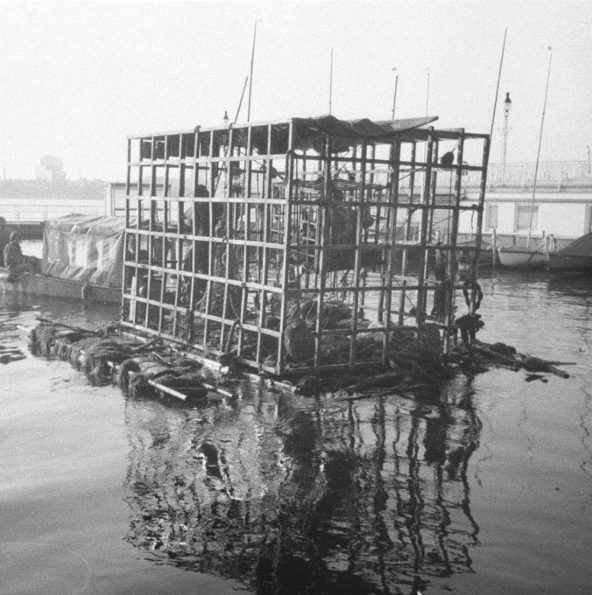 Parades - 1985 The Hamburg cage See the creation
Previous
Next