The Fabulous story of the Giant buried alive

This show was presented from 15 to 17 May 2008 in Santa Maria da Feira, Portugal, and programmed by the International Street Theatre Festival "Imaginarius" of the City. This festival had already invited two productions of the company: "Sales! Two shows for the price of one" in 2004 and "Roman photo" by the Gran Reyneta in 2006 - 5000 spectators. 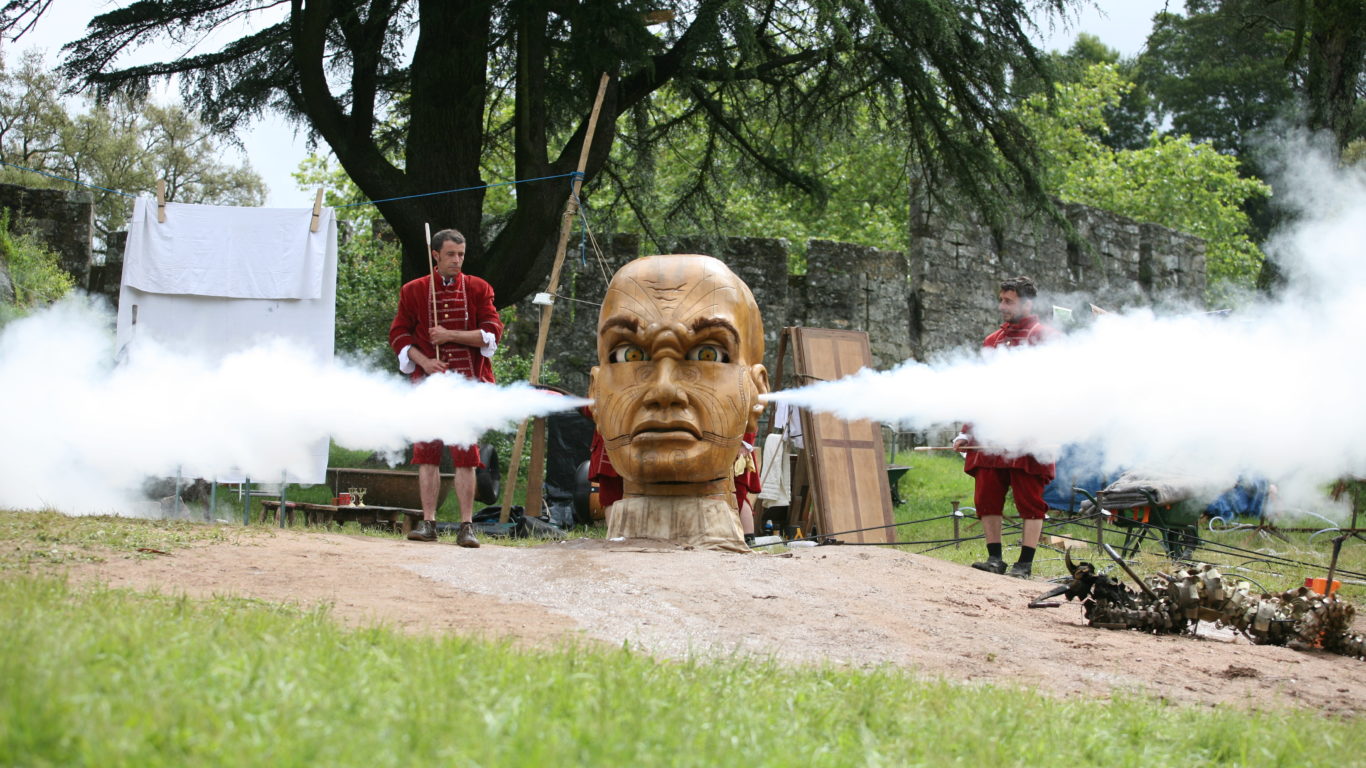 Over time, the strategic position of the castle of Santa Maria invited the envy of many armies. There is, however, quite a supernatural story that occurred there in ancient times. A young warrior, whom we will never know the name of, possessed strange gifts in the art of fighting. He was an incredible archer and could easily hit a target 2 miles away. Despite the swirling forces of winds, his arrows reached their goal with the precision of a laser. He was not handsome, he was grandiose. His face marked by signs gave the impression they had been carved by Gods from another continent. He ran as fast as a horse and could jump higher than his own height. In short, his courage, his tenacity, his loyalty was a key element for the army who had enlisted him. 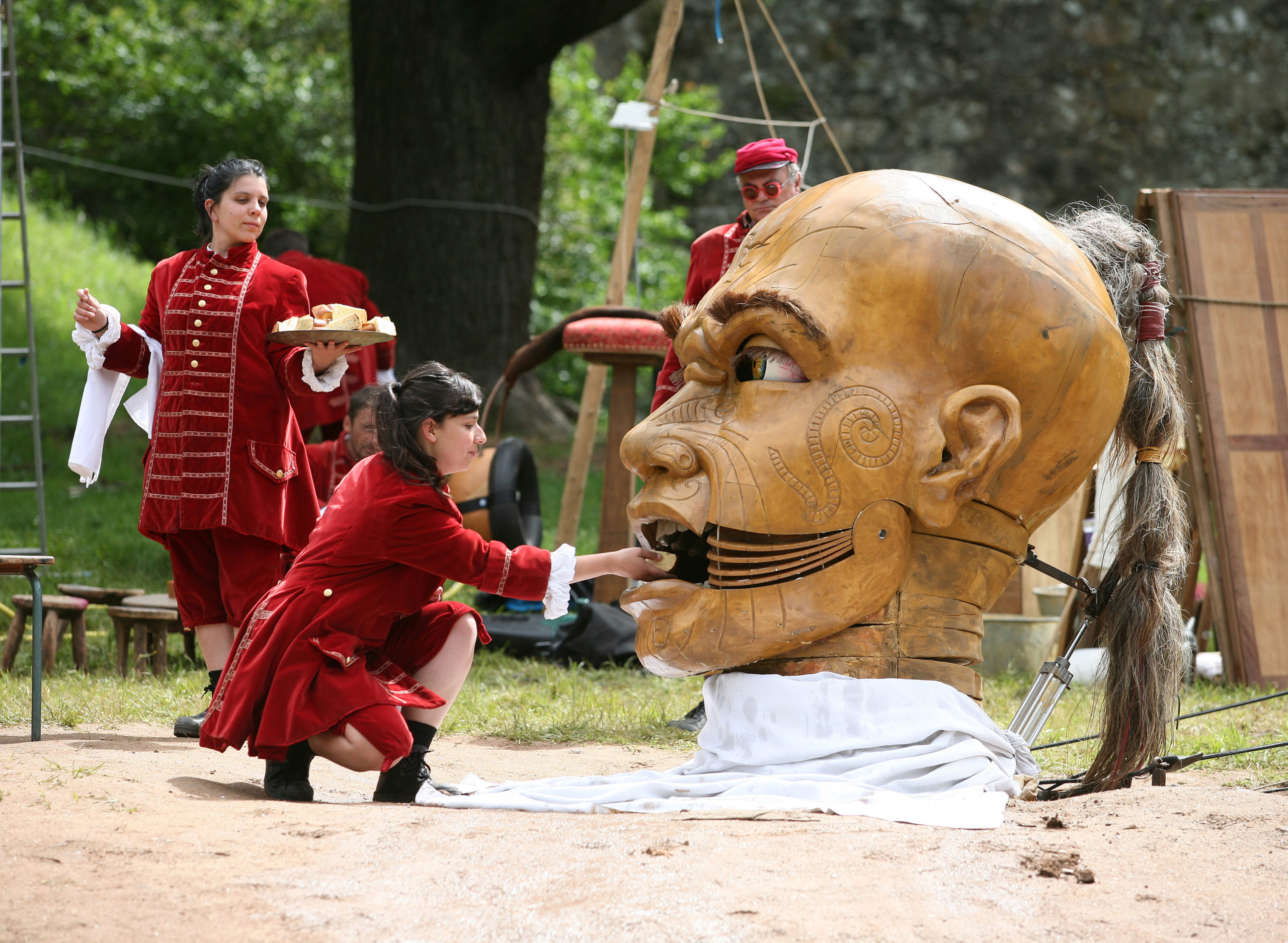 But one day, whilst attacking the castle of Santa Maria, he was betrayed by his own. Drawn into an underground passage leading to the parade ground of the castle, he found himself alone in front of a besieged garrison, frightened and cruel in equal measures. He was immediately thrown into a dungeon where no more was heard from him. And time passed. 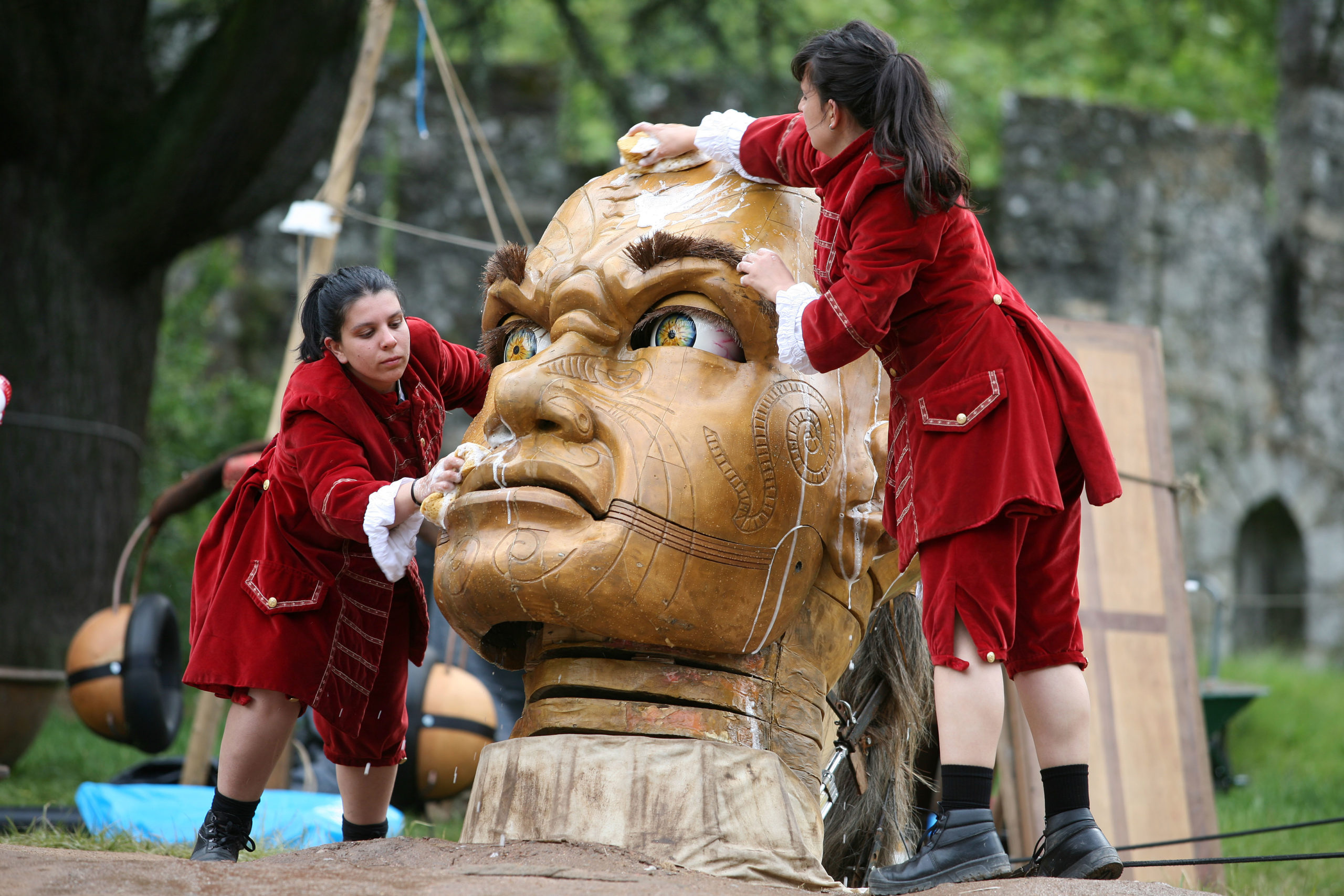 A miracle occurred in that he did not die from his injuries. He spent many years drinking the moisture from his cell, feeding on insects and the remains of human bodies thrown, like him, into their graves. Then, one day, he stopped aging and started to grow. The dungeon was plunged into darkness, so no one noticed this amazing transformation. New people had long since ruled the castle. As he grew, his heart changed : it became terrible, dry, full of hate. One day, his skull could be seen at ground level in the dungeon : he had grown an extra 10 meters high and was a Giant. 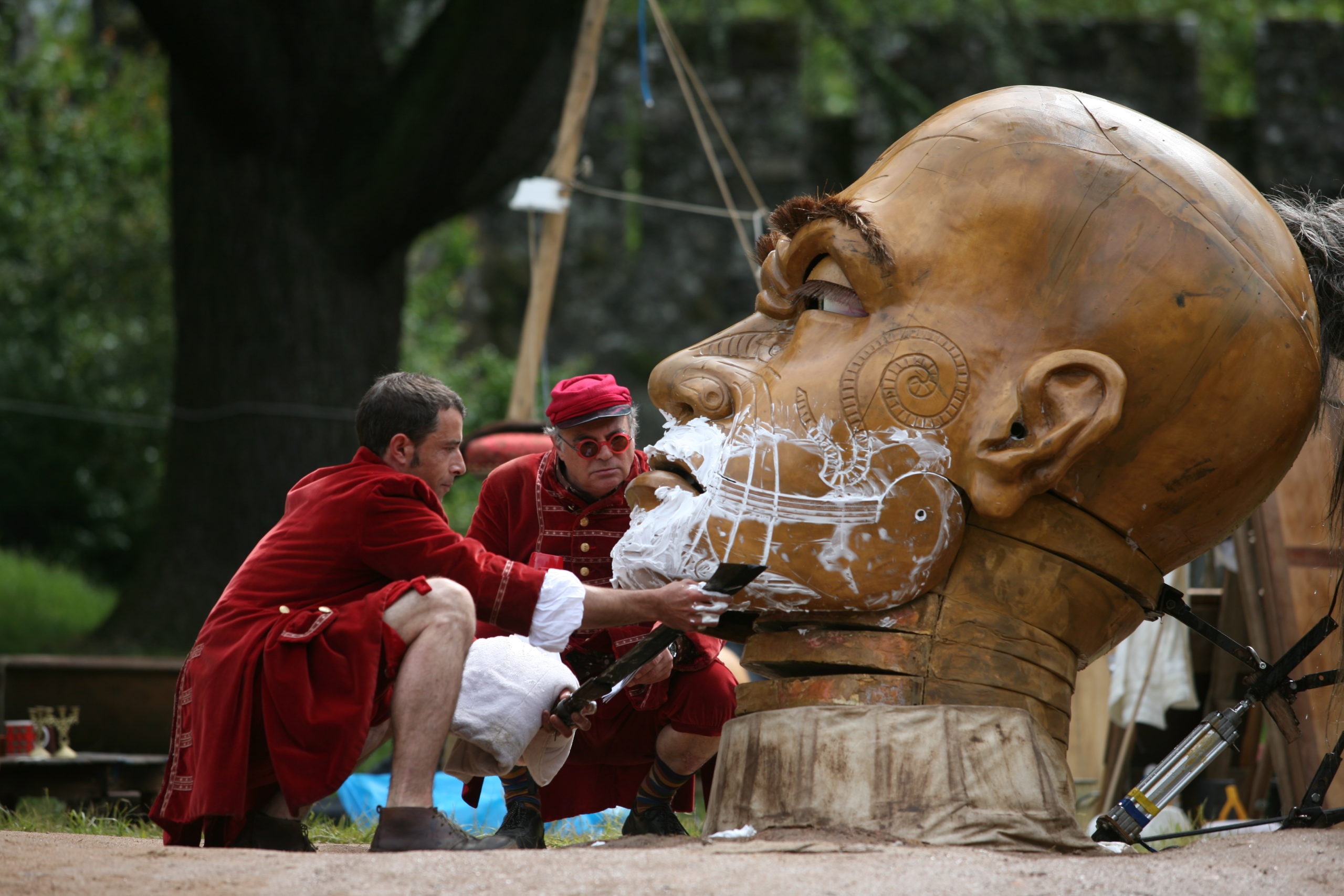 Frightened by this discovery, the inhabitants of the castle decided to wall him in alive by making a huge slab which was then laid on top of him. Then, they built a pillar on top of the slab, supporting part of the castle, and again the warrior was forgotten. Some days, and some nights, you could hear his groans as they shook the stones of the building. With time, the Monster became a legend and then he was treated with respect. It was decided to allow him to breathe at the foot of the castle, whilst keeping him prisoner, but he was treated with the honour he deserved.This is the story of the warrior buried alive before the castle of Santa Maria. 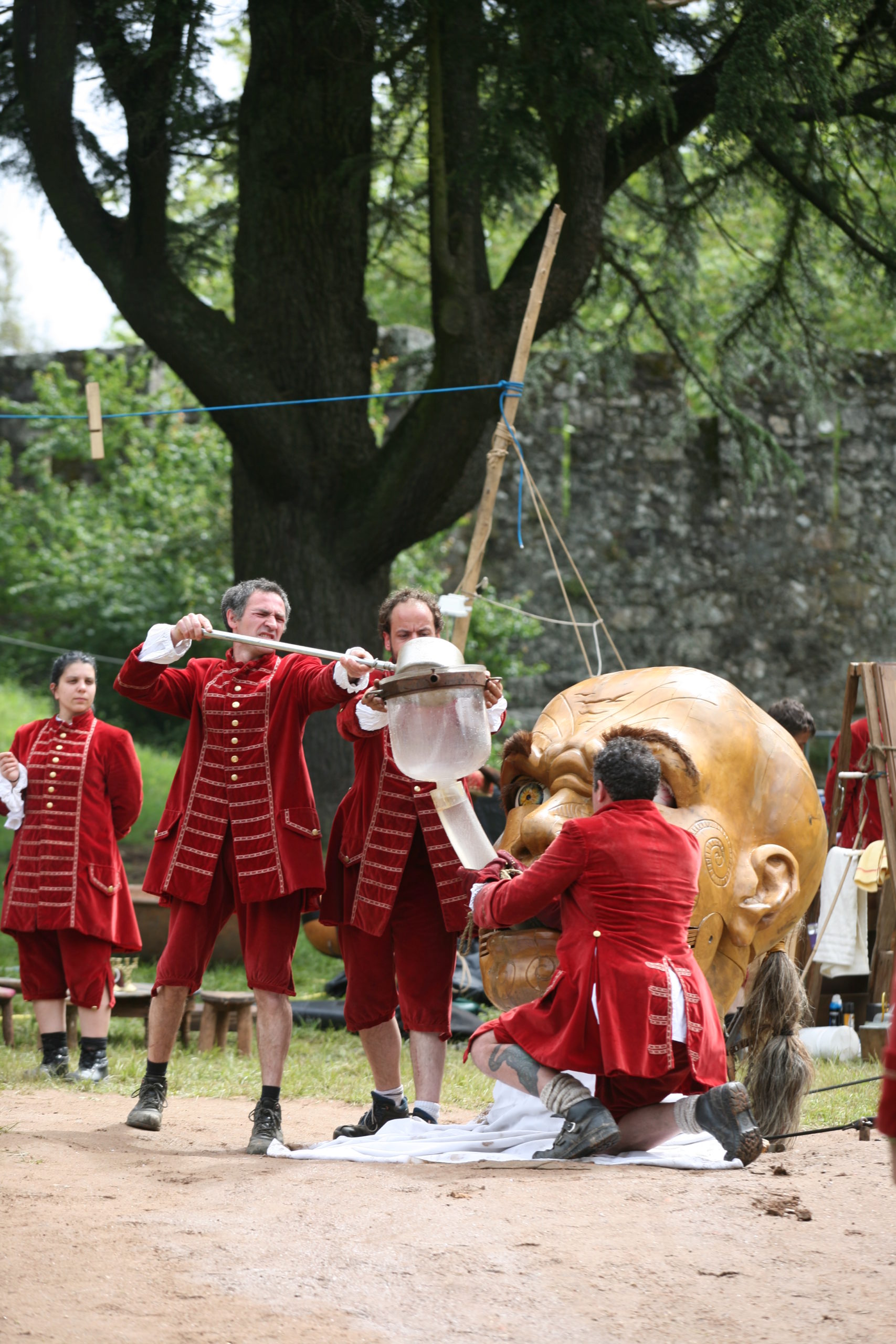 The story of "The Fabulous story of the Giant buried alive"

The poster of the show 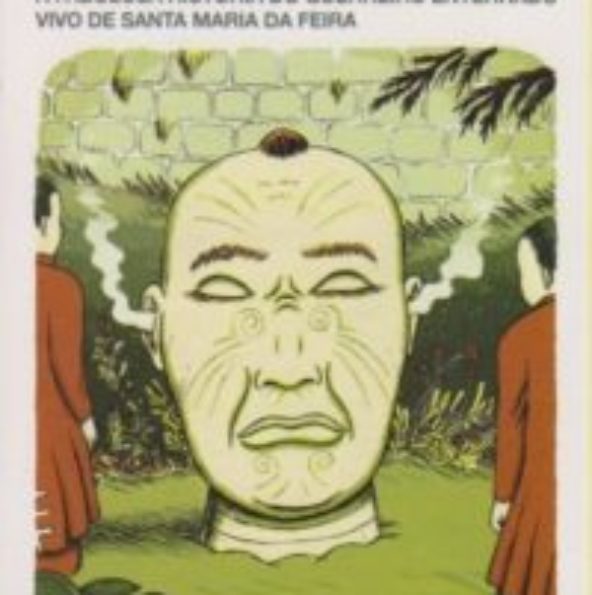 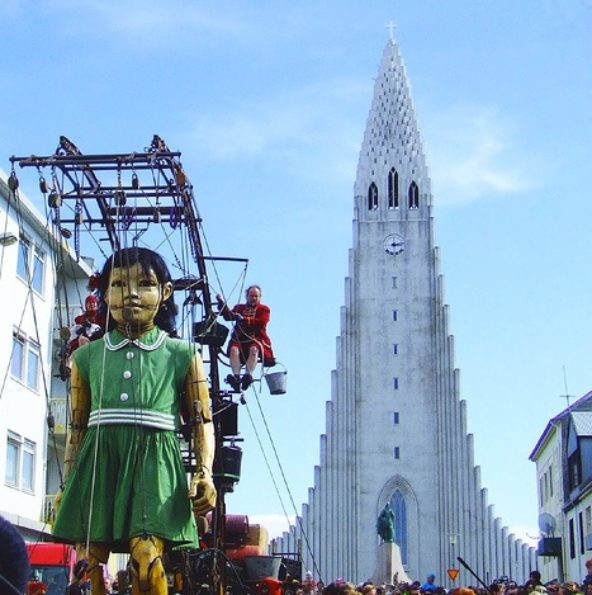 Giants spectacular - 2007 The geyser of Reykjavik See the creation