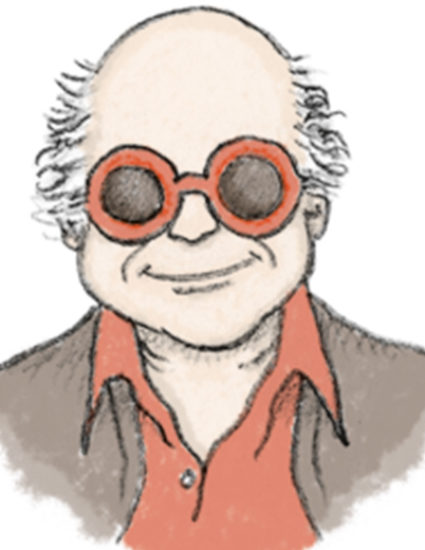 But on which planet was he born? By which light did he arrive? How does this intensely free man today still manage to draw us into his musings?
As if guided by a sentiment of urgency, at each moment of his life he devotes himself to searching for the formula which will put stars in the eyes of each being who asks him implicitly “draw me a sheep!”.
On this voyage to the planet Imagination, he feels like a magician. The positive energy of life which he carries in him since childhood does not refuse him anything. His bubbling mind gives him the power to blow on the Universe, to shake up the continents as far as to reenchant the Giants’ route, to cross the Planck wall, to pitch his tent on the facade of the Bellevue building, to give new galaxies to the dreams.

In miniature or in excessiveness, the creative power which he carries with elegance will nourish our imaginations.

Each writing, each creation lets enter in him surges of anxiety, nearly visceral, of those which tighten the heart. To get out of it, he fights using irony, the great sneer, and to free himself from it he calls on writing for a journey in poetry.

Despite his apparent casualness, he doubts, he is the expression of a deeply ingrained desire to do everything right. This is also the translation of a will, expressed or repressed, for theatrical gesture to reinvent, to develop on our relationships with fantasized worlds.

In his work, he will show with evidence that the simplest and the most obvious gestures and situations will take with him a transcended lyrical dimension.

The evident power of the character hides a fragility and his manner during rehearsals to make begin again, to make replay this or that scene, comes from an obsessional dimension to not forget anything, to not leave anything out, it is a matter of the happiness of the spectator aged from 6 to 80 years, even older if affinities. All must be orchestrated like an opera ballet. 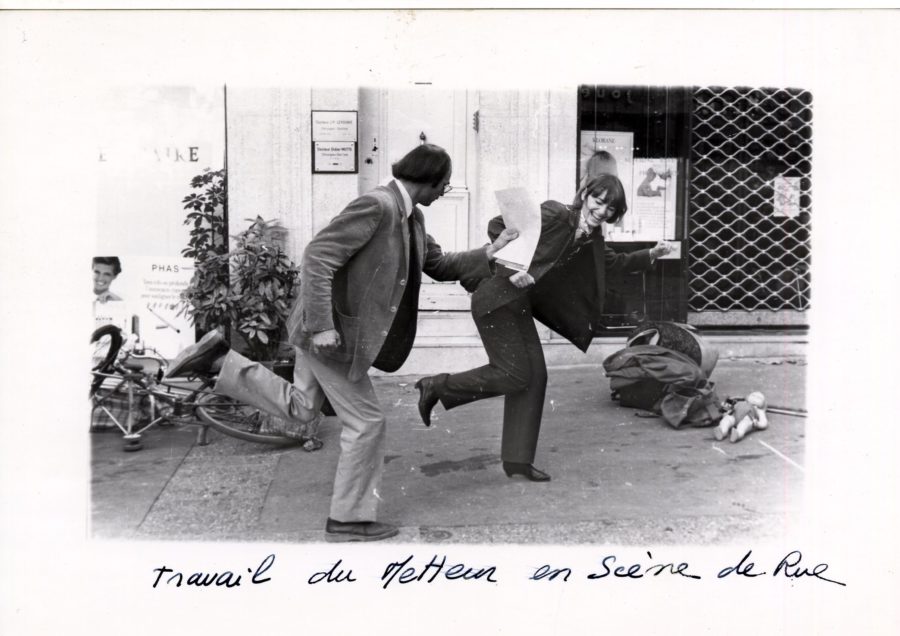 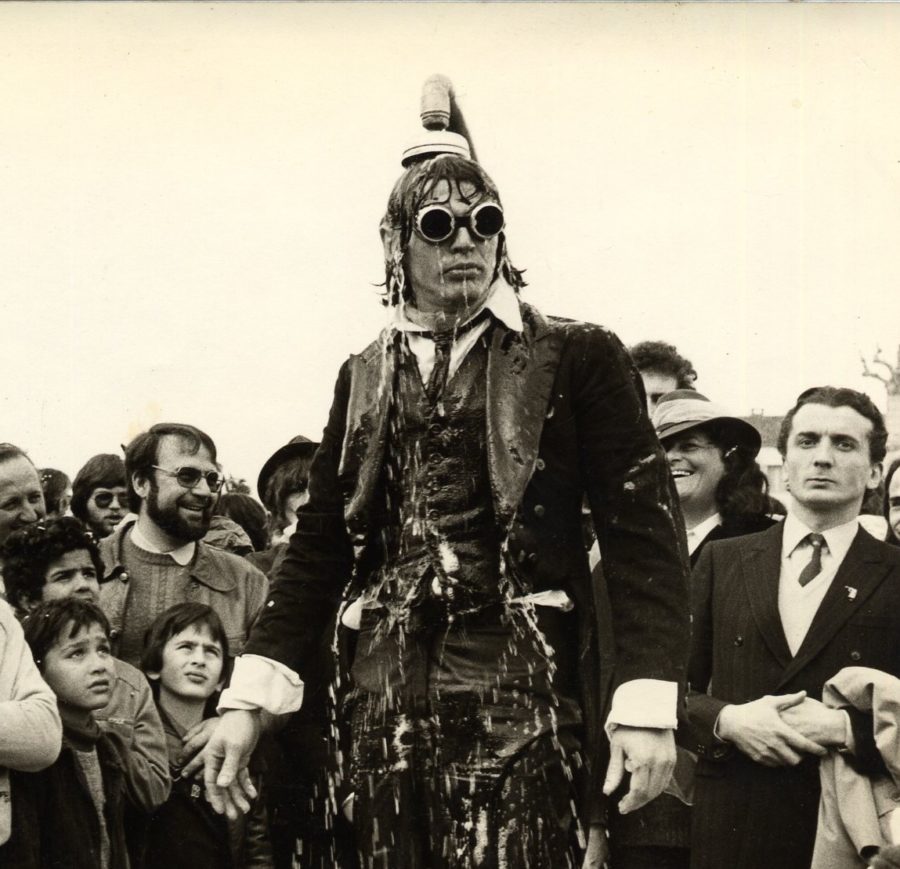 Each creation is the result of a complex intellectual gymnastics, writing, drawing, music, aesthetic, even architecture, everything must be thought out to give body to a true creative and recreational adventure.

His texts, he works on them without pause, he wishes to unite in a same action the words and movements of the comedians, so that they would be able to embody with precision his view of things.

In this moment of creation, at the limits of what is endurable for his female and male collaborators, he sometimes feels clumsy, is capable of making a few sobs, but stays authentic and his commitment to the decisive creative gesture underlines the simplicity of an atypical artist who tries to put his moments of tension into perspective.

His need to create and do performances for thousands of people resembles to scenes in history like those of the painter David for the French Revolution, or the futuristic Russian manifestations of Mayakovsky, to wish at all cost to create an aesthetical experience to be lived live.

Jean-Luc likes to immerse himself haphazardly into narrow streets, to escape to better feel the city, to stroll to the point of drunkenness and loose himself sometimes to put down his desires, his wishes, his writing… The inhaled smell of the cities conveys to him the subtle fragrances of pieces of life flowing in its alleys.

At night, his voluptuous approach to smells, sounds, colours, felt as sensible forms, allows him to approach the meaning of words. Thoughts and stories follow one another in his head…

So when he comes home, it is out of the question to sleep, it is necessary to write to imagine the planet of happiness, to open the hearts of men, and then to read and reread aloud the produced text, and to search for the right intonation that needs to be rendered at the first appointment with the team, like a moment of confidence and of forgiveness!

The transparency of the day often leaves him without defence, to not close in on himself, he likes to read the revealed story.

He wishes to achieve a kind of ideal, to capture the beautiful and the poignant with words, he likes to be overwhelmed himself.

With the band of Royal, Jean-Luc provokes pure and real shocks, it is a style, a form of creation, which was not there before him, each scene, each picture evokes others which the public will have to join. 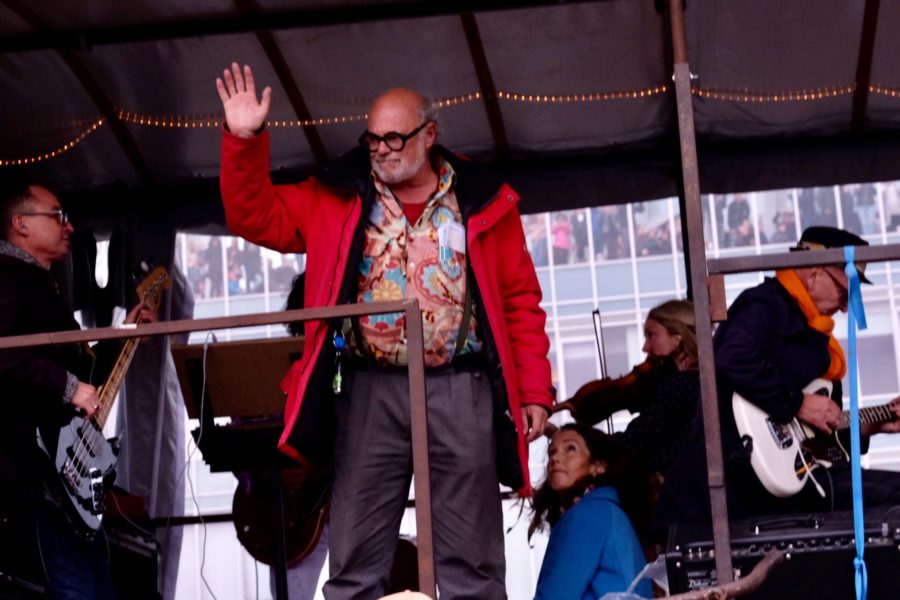 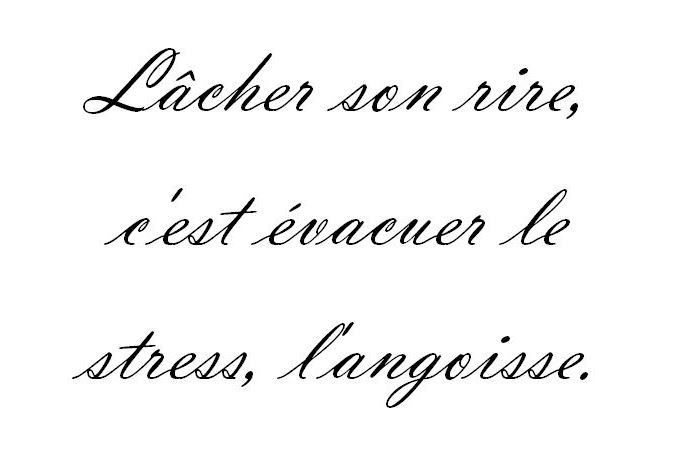 As for doing nothing, this is impossible for him, and no one can claim to know what he wants to achieve, in this way he also refuses and on principle all that attacks his freedom.

This unusual poet, with coloured glasses, spring look shirts in all seasons, with clearly visible suspenders and flamboyant shoes to walk on the wind and to run on the time, does not back down from any audacity. He clearly shows a way to communicate, a true, physical, living thinking without false pretense.

For him, the spectator of Royal de Luxe must be part of this art of risk, this way of immediately living the performance, from the big parades of the Giants to the Revolution of the Mannequins via the Bellevue district building for an improbable encounter in the middle of the pandemic with the real life of a family which has survived.

He produces a Total Art which acts and agitates the senses, the sensations and touches the audiences’ awareness.

This artistic diversity stands up against all adversities that try to enclose it in a genre.

Royal de Luxe leaves traces in cities, from Nantes to Calais via Le Havre and Amiens, there is in the minds of the audiences a resonance of the images produced and the moments shared.

It’s an entire generation of children waiting for the return of the Little Girl Giant and a generation of adults crying for her Grand-mother… once the meeting is over. These resonances also pass through Liverpool, London, Berlin, Antwerp, Perth, Foulou…

There is a Jean-Luc Courcoult to act with this incredible taste for creating ephemeral events, for inventing in a critical manner this new theatre, as well as there was a Jean-Luc Godard who came to imagine a new cinema.

« Art is life, and life is a flow, not a long quiet river » wrote Baudelaire 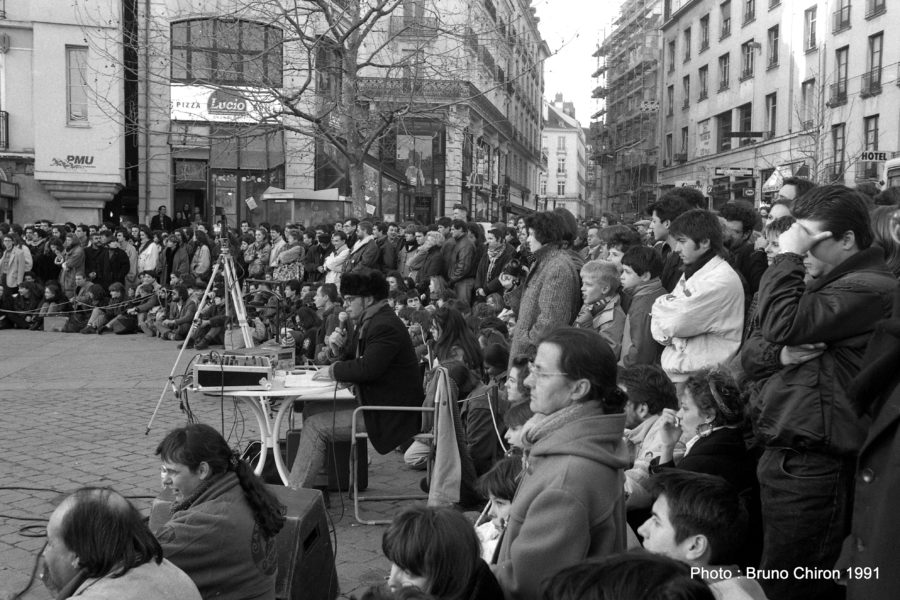 The imaginary proposed by Jean-Luc opens the door to distortions to facilitate its relationship with the audiences.

Nothing is lost, and thinking all-day-life as a poetical occasion for (Re)creation is also the COURCOULT style.

With him no race to glory, nothing but a race to bring happiness. 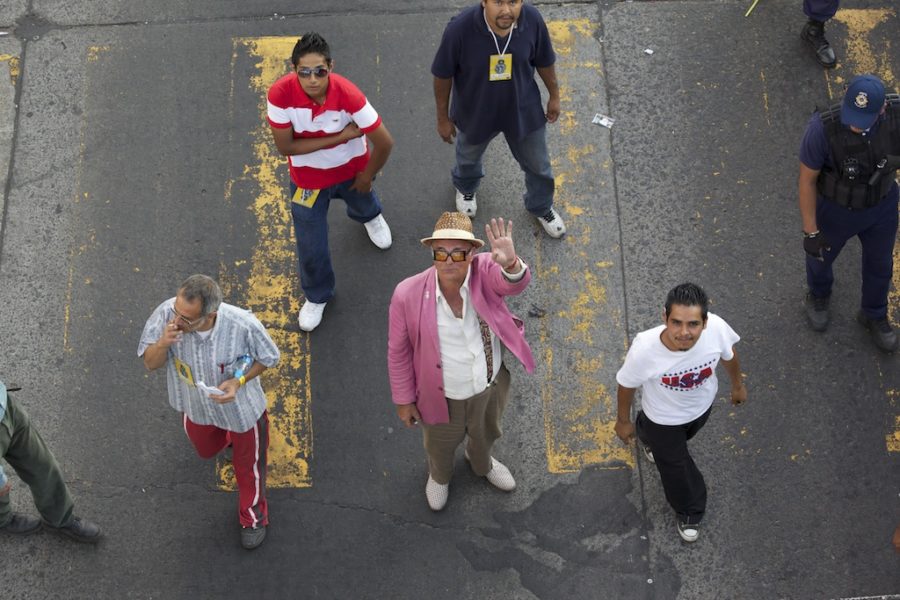 1973:        Begins training at the Institute of Actors of the Faculty of Letters of Aix-en-Provence

1979:        Creation of Royal de Luxe with Didier Gallot-Lavallée and Véronique Loève, 1st performance passing the hat around in Aix-en-Provence: « The cape Horn »

1985:        Obtains the recognition and support of the Institutions due to the success met by « Roman photo »

1988:        Sets up his first creation residency abroad, in Morocco to begin with, followed by Cameroon (in 1997), then China (in 2000). A work of absorbing and cultural exchange profoundly influencing the company’s creations

1990:         Creates the performance « The true History of France » which stages his passion for History

1992:         Imagines for the 500th anniversary of the discovery of America the « Cargo 92 » adventure and takes with him the Mano Negra, the companies of Philippe Decouflé and Philippe Genty.  He offers a variation of « The true History of France » in the form of a gigantic parade

1993:         On board a plane that takes him on a mission to Rio de Janeiro, Jean-Luc has the idea of creating a Giant. The 1rst Giant of the company known as « The Giant » takes his first steps in Le Havre, a city wide show over 3 days. The same year, « The traffic jams » inaugurate a new theatrical form: the performance accidents

2007:        Embarks on a more personal project with « The house on the Loire » – a land-art installation which can be seen in Couëron
Creates a new theatrical form « The revolt of the mannequins », a shop window performance

2009:        Gives birth to the saga of the Giants, out of the ordinary shows whose scenarios adapt to history, to legends and myths of each city

2019:        Gets involved in a district of Nantes metropolis, Bellevue, a project taking place within this territory for a period of five years.