Discover the story of the Montreal show “The great invitation” 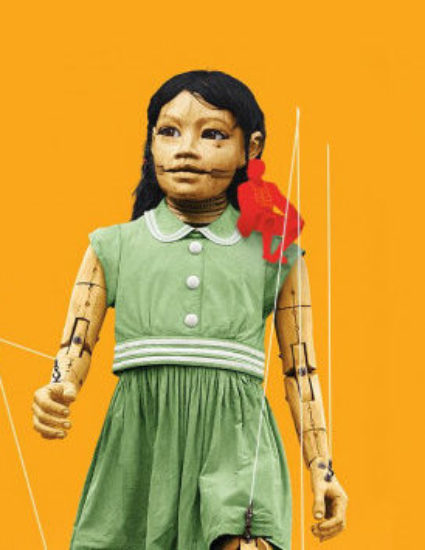 “We don’t know exactly when the Deep Sea Diver took his first step on the bed of the St. Lawrence River. And although sailors have never seen him, the fish of the seaway and the Great Lakes know him well.

Like all the other Giants, the Deep Sea Diver is a solitary and quiet soul. He is curious of nature, visiting thousands of wrecks stuck in the sand, and with his shovel, he scrapes the waterbed, maintaining delicate passages and shifting rocks to improve navigation throughout the seasons.

Just like the coureurs des bois, he moves his encampment regularly, an old container filled with useless treasures found in sunken ships: a submarine compass, a ship’s wheel, a captain’s hat and many other souvenirs that he looks at from every now and then before falling asleep under a lamppost fashioned from a car light that he charges with a little propeller driven by the current. The Deep Sea Diver has a loyal companion too: a big fish very ugly, a hairy old catfish that sometimes shivers with cold and to warm up, cuddles up on his belly.

The Giants are eternal and never grow old. They stay the same age, but like people, they can die in accidents. That’s what happened a long time ago to the Deep Sea Diver’s brother, who left behind his daughter, the mischievous and gentle Little Girl-Giant, who the Deep Sea Diver has not seen in many years.

In fact, the Little Girl-Giant prefers to travel through the seasons. In the bat of an eye, she can leap from winter to summer. Just this spring of 2017, she was among the glaciers of the Great North, trying to free her boat, which was wedged in the maws of two icebergs. With her team of Lilliputians, they used great saws, pickaxes, winches and sometimes explosives that left large plumes of smoke in the sky and blocks of ice everywhere.

That’s exactly when the Little Girl-Giant and the Lilliputians saw the Montréal delegation coming their way, their teeth chattering, vapour billowing from their mouths like steam locomotives, icicles dangling from their noses and their knees frozen like a heron pulled straight out of the freezer. Yes, the challenges encountered for this meeting were enough to shake up the remaining bones of Jacques Cartier himself!

The director of the delegation wasted no time in telling them that they came to invite them to see her uncle, the Deep Sea Diver, for a few days during Montréal’s 375th anniversary celebrations, with of course, travel expenses, accommodations and food included! And that they would be thrilled to welcome them.

The Little Girl-Giant didn’t hesitate for a second. It had been so long since she had last seen her uncle!

Suddenly, a giant dog appeared, running toward the Little Girl-Giant. Terrified, the delegation hightailed it, thinking it was a black bear straight out a fairy tale.

But it was only Xolo, the Little Girl-Giant’s companion that she met a long time ago in Mexico.” 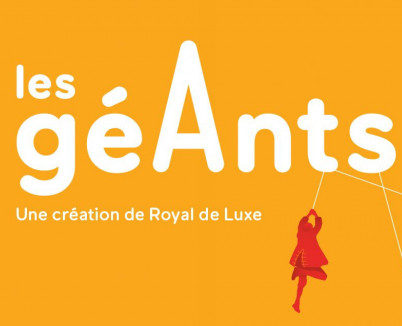 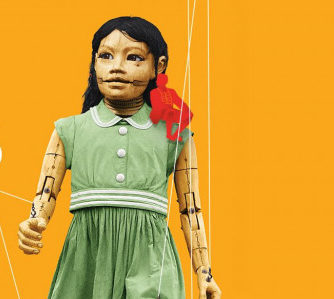 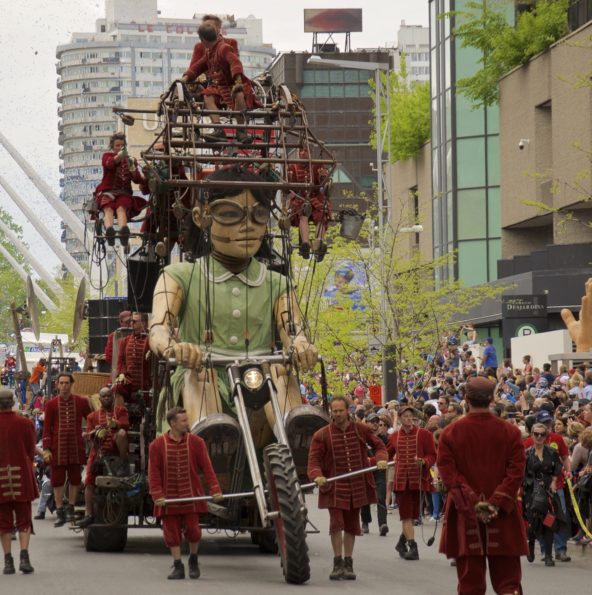 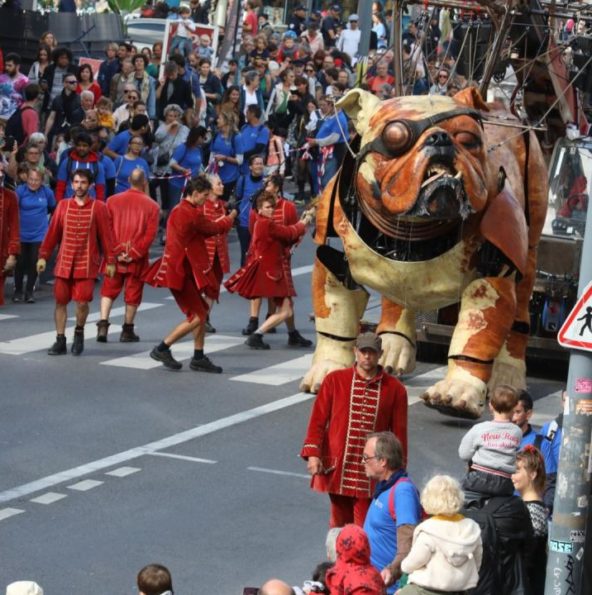 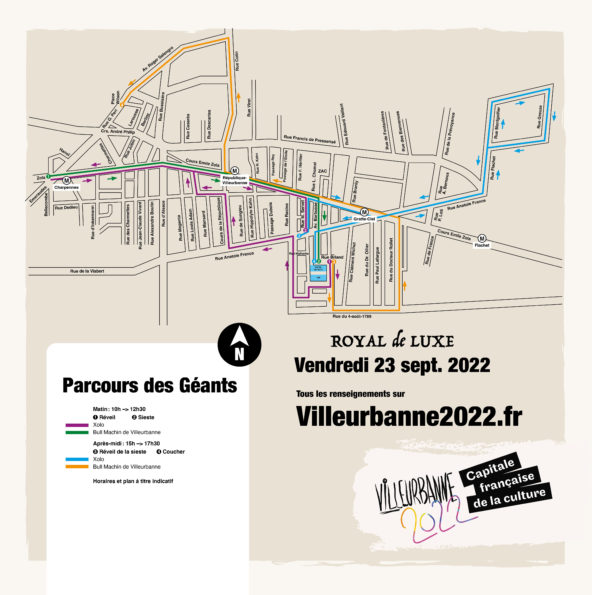