The book of the adventures of Monsieur Bourgogne

"The book of the adventures of Monsieur Bourgogne" is an imaginary situation presented as part of the "Grand Bellevue" project from 21 June to 9 July 2021.

It was an evening in September. I had pitched my tent on the roof of a big truck that was driving along the highway. I was just passing under the bridges. The Fiat 500 parked sideways protected me from the wind. The tent was firmly attached to the car on one side and the ropes on the roof of the truck kept it firm, despite the gusts of wind, when the vehicle was gaining speed. We drove through France, Germany and I think we went as far as Moscow. In short, a two-day journey. 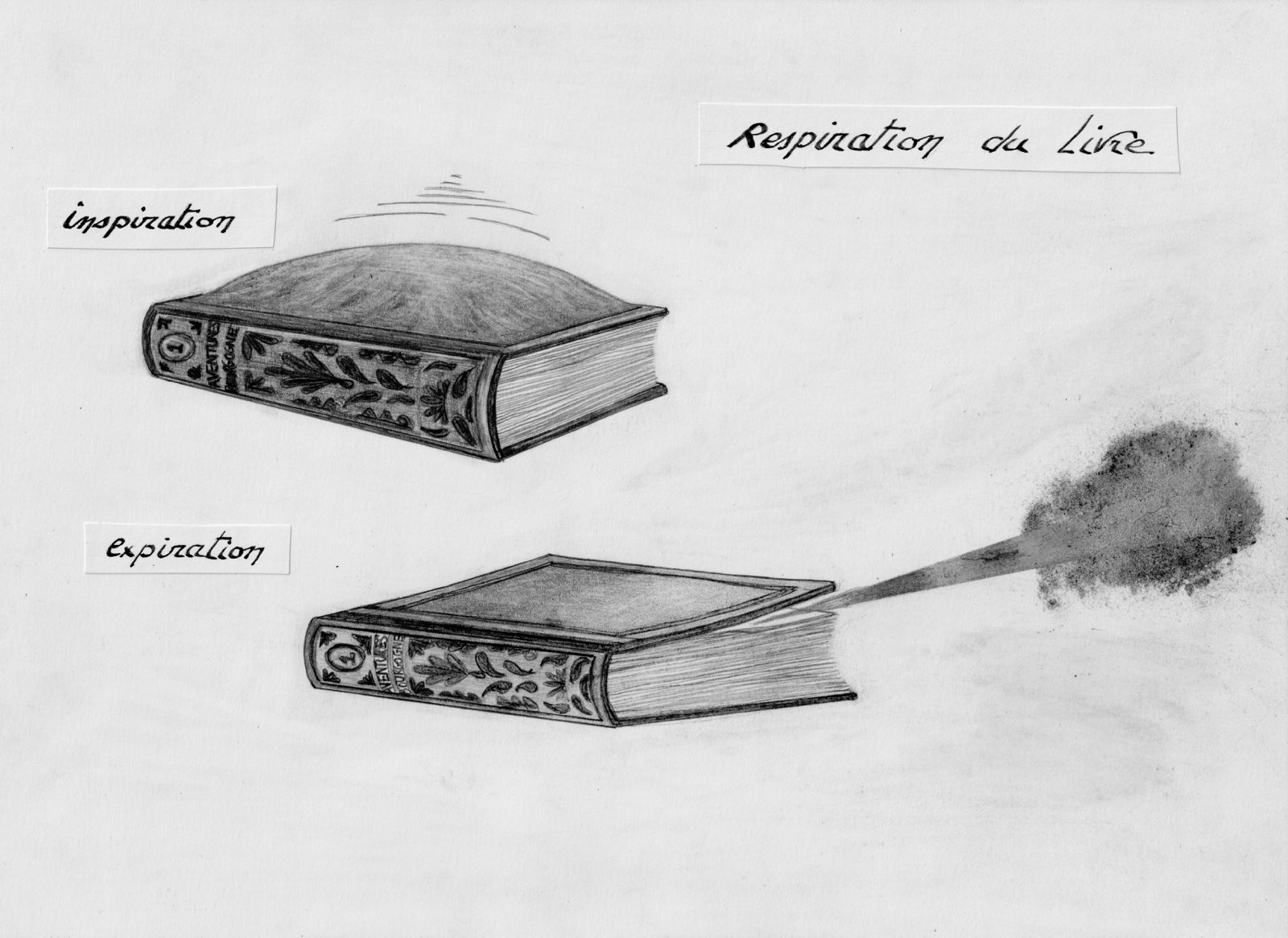 The driver stopped from time to time in the car parks and I took the opportunity to cook, wash the dishes, do the laundry and hang up my clothes before setting off again. And then when the truck started again I would get into the tent, which was shaken by the speed. Inside it was swelling up all over like a mountain storm on the Mont Blanc. Suddenly the clothes pegs slipped and my socks flew off onto the road.

I was watching them go: when passing under a bridge, a man fell on the roof of the truck. Flattened by the fall, near the tent, he got up. His clothes were icy with snow, and he looked like an Eskimo lost on the ice floe. I took him into my bivouac, unchained, and gave him some hot tea. He looked like a tired man straight from the North Pole. He told me that he had just fallen into a crevasse and ended up directly on the roof of the truck. Once he was warm, he started talking for hours... At one point he took out a small old book from his pocket. When he opened the first page, the letters of the alphabet flew out, each one like moths in a tent. 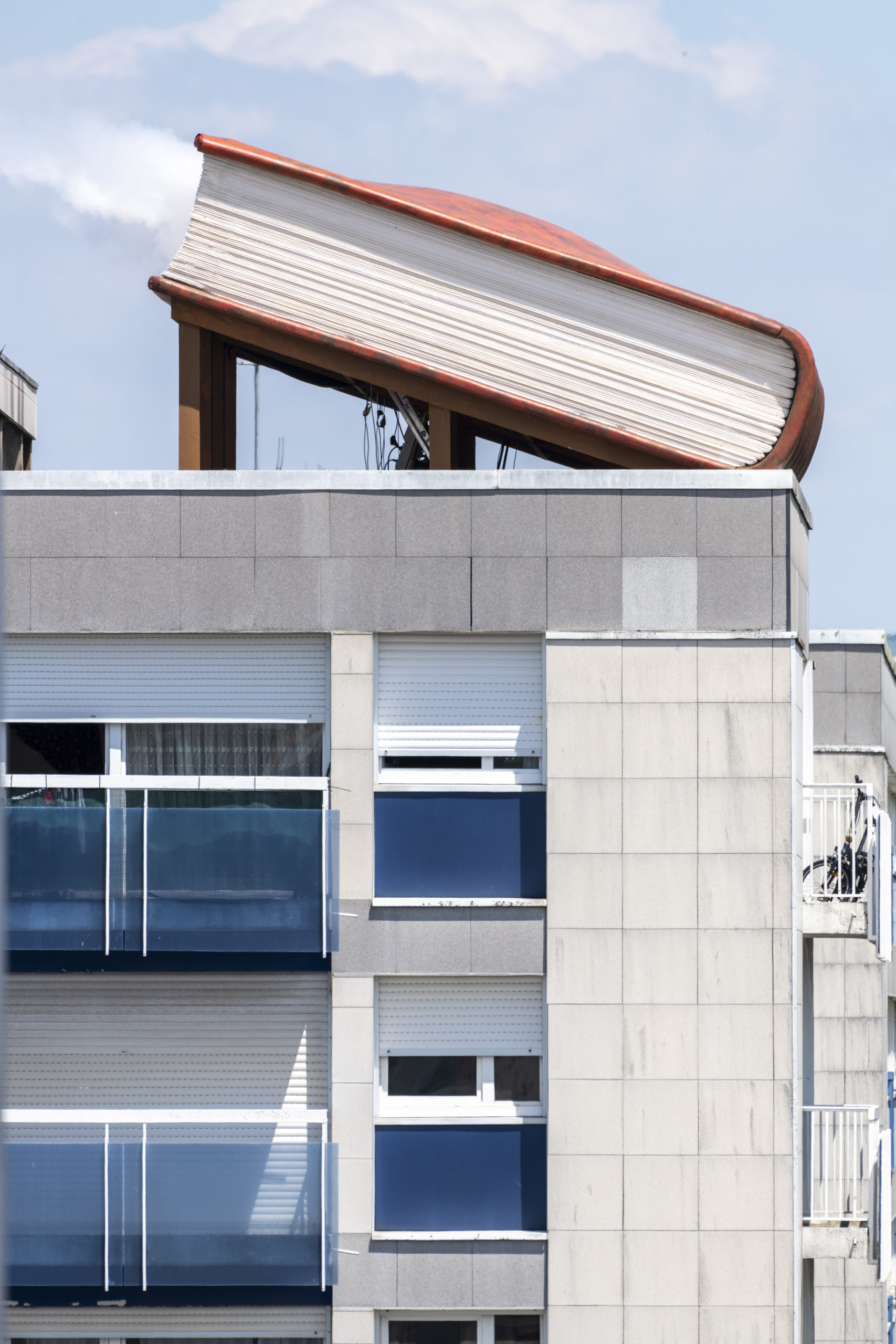 Then he took my notebook where I was writing down my adventures. He got out of the tent, put it on the ground and then put a knee on it. Suddenly my notebook turned into a huge book, so much so that it was spilling over the roof of the truck. At that moment, of course, the police stopped the vehicle. Stuck at customs, a lot of people got on it. When they asked him for his papers he simply blew on the book... which I saw fly up into the sky to the clouds. And the Eskimo turned into thousands of butterflies, which immediately disappeared. 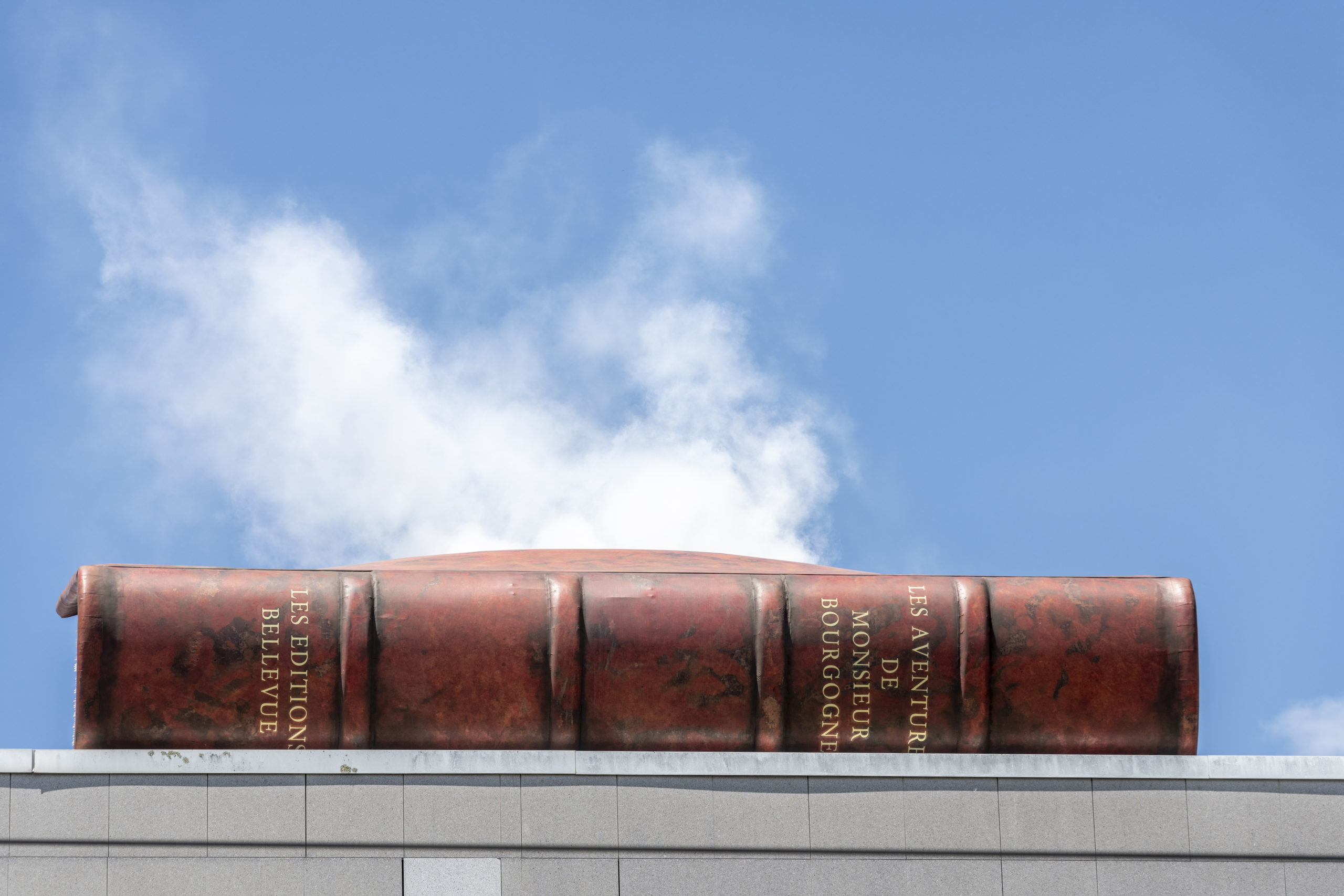 He didn't say goodbye. I took down my tent and car, and learned a few days later that the giant book was sitting on top of a building in Bellevue. When I came to look at it I noticed that it was breathing with the cover puffed up like a lung. Smoke was billowing out... 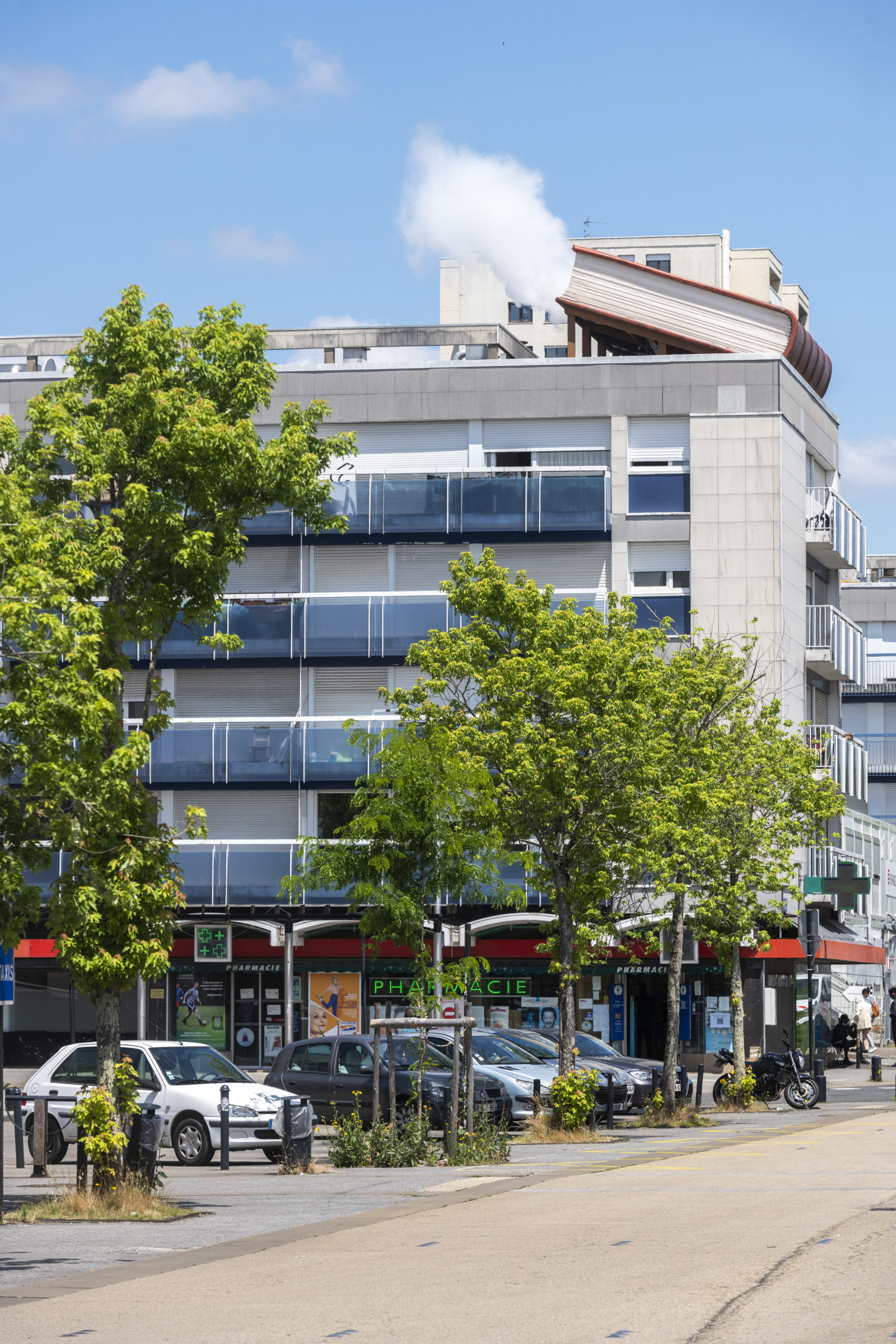 It seemed that poetry was floating on the roofs. 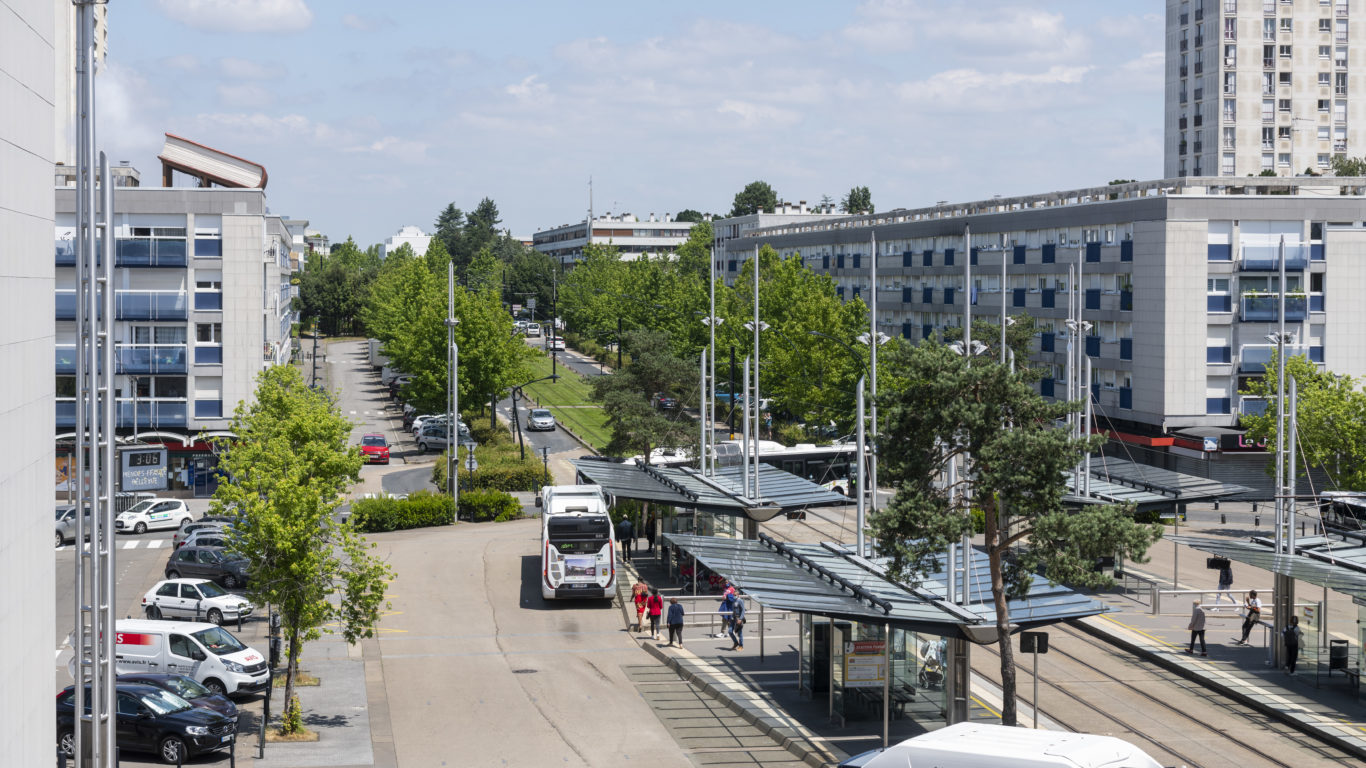 Download the handwritten version of the story written by Monsieur Bourgogne

This story was sent to all Bellevue schoolchildren on 22 June 2021. Download 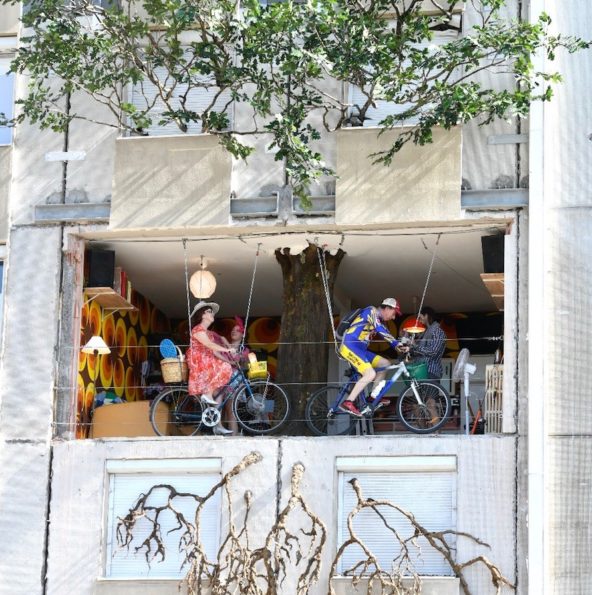 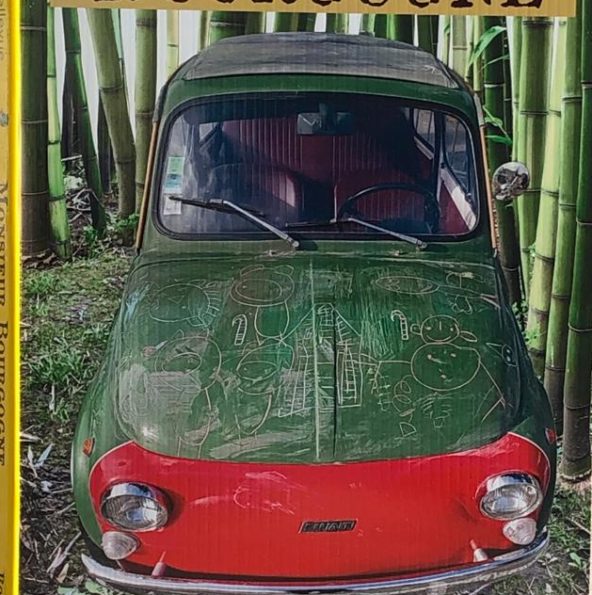 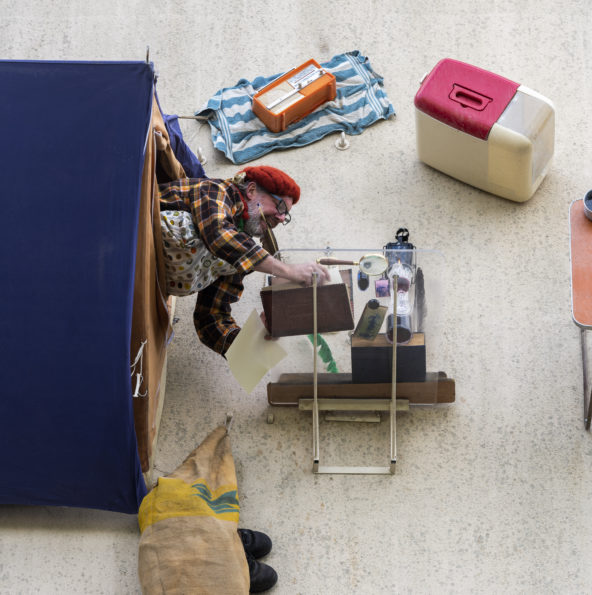 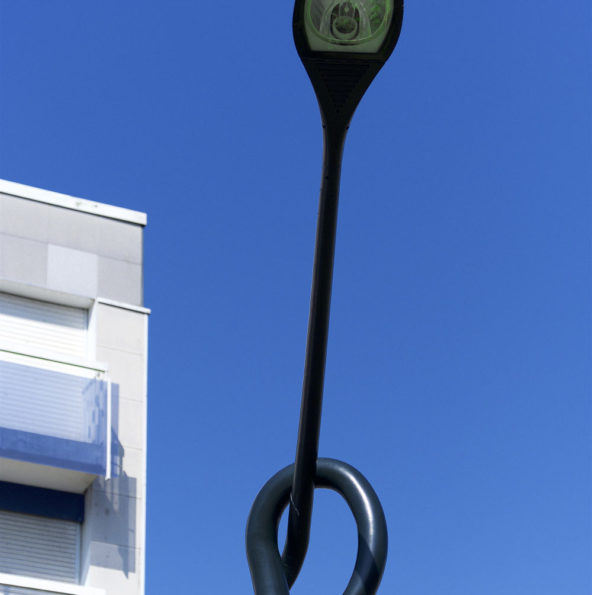 Imaginary situations - 2019 The streetlamp with a knot See the creation 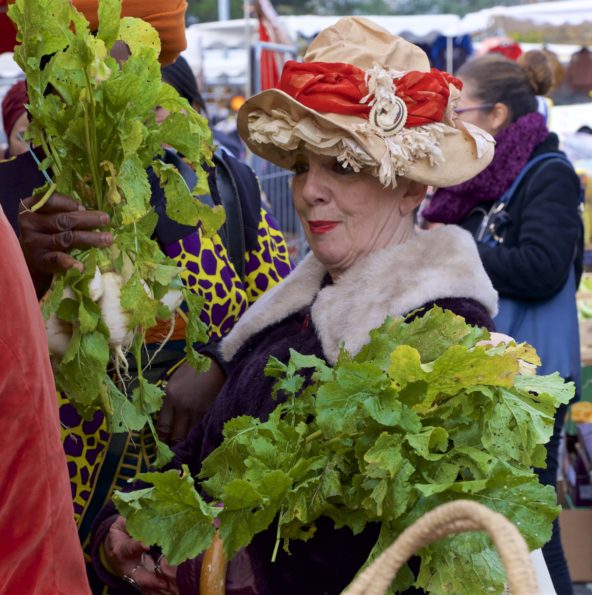